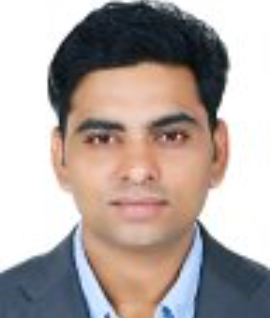 Title : Synthesis, characterization, and application of MOF at clay composite as a visiblelightdriven photocatalyst for environmental remediation

n the past two decades several hundreds of new Metal-Organic Frameworks (MOFs) have been reported for diverse applications (such as adsorption, separation, magnetism, photoluminescence, drug delivery including catalysis & photocatalysis, etc.). Whereas till this time, very few of them also have been commercialized; nevertheless, a large number of MOFs show limitations such as high production cost, poor chemical stability, obstructing their practical applications. Compositing of MOFs with other materials is a very new research avenue that appears to offer the solution to issues mentioned above. Besides, established composites show improved performances in the targeted areas of applications due to developed synergistic structural and textural properties effect. So far, plenty of MOF composites with organic polymers and carbon matrices have been developed for targeted applications. Surprisingly, there are scarce reports on composting of MOFs with clay minerals, which are naturally abundant, highly stable, low-cost containing variable elements (including of iron, magnesium, silica and other cations) which has a potential to offer not only superior aquatic stability and surface area suitable for adsorptive removal of organic and inorganic contaminants from water bodies, but also charge carrier in photocatalytic composites. In this regards in the present investigation, novel [email protected] clay composites were fabricated in situ with most water stable Zr6 O4 (OH)4 (ABDC)6 (where ABDC = 2-aminobenzene1,4-dicarboxylic acid) and by varying the natural sepiolite (Sp) content in [email protected]_1,2 and 3 composites. The aminofunctionalized MOF is selected due to its high light absorption ability in the visible light region and, natural sepiolite was used due to its fibrous morphologies, which offer rigid and active surfaces for the adsorption of cationic dye molecules through electrostatic interaction. The original and fabricated composite materials were systematically evaluated by PXRD, FTIR, N2 adsorption-desorption, XPS, TGA, and elemental composition measurements to investigate the alteration in the structural and textural properties. The zeta potential measurement confirmed that the surface coverage of fibrous Sp with completely developed MOF particles through strong electrostatic interaction between the positively charged MOF and the negatively charged sepiolite. The N2 adsorption uptake, especially at the low-pressure in [email protected]_2, was observed higher than the original MOF and Sepiolite. This might be because the assembly of the MOF nanoparticles is expected to increase the actual number of neighboring framework atoms. Additionally, composite MOF structures enhanced thermal stability due to the incorporation of stable Sp. The optimized [email protected]_2 composite validates the high dispersion of MOF particles on the Sp matrix which serves as an efficient photocatalyst for degradation of Rhodamine B (RhB) as a model of organic pollutants under visible light irradiation due to their synergistic effect. Also, the reason can be explained by the fact that the well-dispersed MOF particles on the surface of sepiolite enhanced to degrade RhB by avoiding the recombination between photogenerated electrons and holes in [email protected]_2 composite. The optimized composites were also examined under several batches of photocatalysis experiment to optimize the solution pH and amount of catalyst loading. The developed composite was observed highly stable in under highly acidic and basic pH conditions. The possible mechanism of RhB degradation was proposed, where a superoxide radical is mainly responsible for RhB degradation, confirmed by scavenger test. Overall the present study delivers a novel approach for the construction of highly effectual [email protected] based composites for visible light-driven photocatalysis for environmental remediation.

Dr. Radheshyam R Pawar studied Chemistry at the North Maharashtra University, India and graduated as Master of Science in 2006. He then joined the CSIR-CSMCRI-research institute in Bhavnagar, India as a research fellow and worked for India Government funded projects for four years. In 2011 he registered for his doctoral study under the guidance of Prof. Dr. H C BAJAJ. At the same institute in the Department of Inorganic Material and Catalysis. He received his Ph.D. degree in Chemical Science in 2014 from AcSIR-CSIR New Delhi-India. Then he joined as a postdoctoral fellow with Prof. S M Lee at Kwangdong University, South Korea for three years. Presently he is working as a JSPS postdoctoral research fellow in the research team of Prof Keiko Sasaki, Department of Earth Resources Engineering, Faculty of Engineering, Kyushu University, Fukuoka, Japan. Dr. Pawar has published more than 30 research articles in refereed international journals.