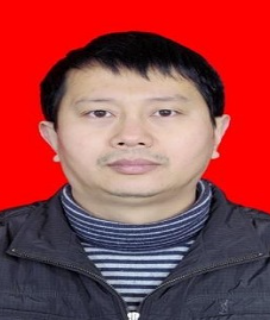 Title : Activation of CO on Cobalt catalyst supported on Al2O3: Promoted by Ru

Fischer-Tropsch  is  an  important  technology for  the  efficient  use  of  energy such  as  coal,  natural  gas  and biomass which  can  convert  syngas  into  high  value-added  chemicals.  Co-based  catalysts  are  promising Fischer-Tropsch synthesis industrial catalysts due to their excellent carbon growth ability and low water vapor shift reaction. In order to improve the performance of Co-based catalysts, it is necessary to conduct a comprehensive  and  in-depth  study  and  exploration  of  its  Fischer-Tropsch  synthesis  mechanism.  In  this paper, the adsorption and activation of CO on the surface of cobalt-based catalysts were investigated by in- situ  DRIFTS,  in-situ  Raman,  in-situ  XPS,  XRD  and  chemical  transient,  adsorption  and  desorption methods. It was found that there are three adsorption modes of CO on the surface of the catalyst, such as line type, bridge type and hollow type, and bridge type adsorption is mainly found at room temperature. As the temperature increases, the bridge adsorption CO decreases rapidly, and the catalyst retains only linear adsorption above 200 °C. This shows that linear adsorption of CO has higher thermal stability. During the heating process in H2 atmosphere, there is a significant transition from the bridge-to-line morphology of the adsorbed CO.  Only  CO  in  the  linear  adsorption  was  observed  on  the  surface  of  the  catalyst  at  the reaction temperature, and the formation of C3H8 was apparent after the introduction of H2. Therefore, the linear adsorption was more likely to be an adsorption form having Fischer-Tropsch synthesis activity. This study can provide a reference for the exploration of cobalt-based Fischer-Tropsch synthesis mechanism.

Dr. D. Sun studied Chemistry at the Institute of Coal Chemistry, CAS, and received her PhD degree in 2010. He then joined the research group of Prof. Debao Li at the same institution.