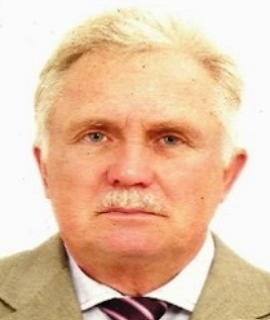 Title : Quantum effects with fluid movement along the solid surface

Worldwide in various industries and transport must deal with irregular effects associated with fluid flow along a solid surface. These effects are accompanied by not only the failure of the equipment, but often the people deaths and environmental disasters. The indicated effects cannot be explained based on classical physical representations. Disruption of fuel delivery in aviation and automobile engines during traffic (most often during forcing traffic); ejection from the well drilling string during deep hole drilling and problems with obtaining inflows from oil and gas reservoirs have the same physical basis. Chemisorbed gas molecules (carbon dioxide) are easily excitable in the infrared and acoustic ranges. This gas is widely distributed in nature and it is a part of natural gases. Because of carbon dioxide we often encounter quantum effects.
In a coherent system on the surface of a solid body, all pulses are radiated in a strictly defined direction. The momentum from the molecule to the molecule will grow rapidly enough. And at the end of the drilling column (at the wellhead) this momentum will generate pressure up to tens of thousands of MPa. In addition to impulse action, coherent reactions are possible.
We should not lose sight of the positive aspects. For instance, nowadays some technologies for increasing oil recovery and flow rates of wells at depleted oil fields are developing based on quantum effects.
Based on the huge experimental material, the author concluded that bodies or systems of particles with a catalytically active surface that are at least temporarily in a gas-liquid medium of a certain composition of gases can create in the subsurface layer of each solid body waves that ensure the mass transfer of this body in a conventional liquid with high velocities.

Victor Zamakhaev earned his PhD degree in the field of physics of reservoir from Moscow Engineering and Physical Institute. For a long time, he worked for All‐Russian Scientific Research Design Institute of Explosive Geophysics where he was head of well completion and testing department. Also, he has taken different position at Gubkin Russian State University of Oil and Gas during the past fifteen years. Victor Zamakhaev is the author of many books and articles at the field of petroleum engineering. His research work is directed to processes in petroleum reservoirs under filtration and dynamic stimulation.