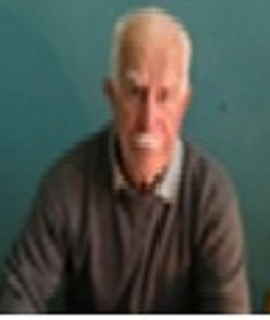 Monolithic blocks remain the preferred carrier for the preparation of catalysts used in gas cleaning processes. From the analysis of the published data, it can be concluded that the development of automotive catalysts depends on the solution of the following problems:

It is believed that oxides of cobalt, copper and manganese are the most promising for the use in automotive catalysts for cleaning of exhaust gases. Manganese-palladium catalyst applied on the surface of alumosilicate-cordierite [(Mg, Fe)2Al4Si5O18] honeycomb blocks is presented. Manganese and palladium oxides are applied to the surface of the alumosilicate block by means of a one-time diffusion saturation with solutions of manganese nitrate and palladium chloride.

The developed method allous to obtain samples of catalysts containing manganese and palladium oxides that are uniform in composition and morphology. In this case, palladium covers the surface occupied by manganese oxide, without penetrating into the depth of the pores clogged with MnOx particles. The method for preparing of the Mn-Pd catalyst includes processing the samples with an ammonia water solution. The obtained samples are more active in the CO oxidation reaction than the samples formed by other methods (hydrogen or formate). The dispersity of manganese oxide particles is about 100 nm, and the size of palladium particles is 29-34  . Treatment of the catalyst with ammonia water causes in the formation of a palladium ammonia complex, which decomposes to yield palladium black. It can be concluded that the treatment with ammonia water leads to the completion of the formation of the active surface of the catalyst and a decrease of the temperature of complete oxidation of CO. The work is carried out by supporting of Shota Rustaveli Scientific National Fund of Georgia (Grant N 18-750).

Dr. Vitaly Bakhtadze graduated from the Georgian Polytechnic Institute with a degree in the technology of inorganic substances. 1964 - 1974 a post-graduate student and then a researcher at the catalysis laboratory of the Institute of Inorganic Chemistry and Electrochemistry of the Georgian Academy of Sciences. From 1974 to the present day, head of the catalysis laboratory. He published over 50 scientific articles.)