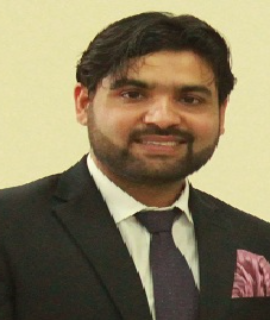 Title : The conversion of poly aromatic hydrocarbon into fine chemicals and fuels over molybdenum phosphide supported on various acidic and porous materials

The search for the cheap, efficient and highly selective catalytic process of heavy aromatics for fine chemicals and fuels is currently a popular research direction. Coal tar is the major byproduct during the coal carbonization process, which are the major and important feedstocks composed of various chemicals and carbon-based materials. Naphthalene which is a major component in coal tar could be converted into a useful product i.e., Tetralin by controlled partial hydrogenation. The quest for finding an appropriate catalyst in this direction is the topic of this work. In this study, the hydrogenation of polyaromatic hydrocarbon-naphthalene was conducted over metal phosphide catalysts (MoP) supported on three different acidic zeolite (Hbeta, HZSM-5, and HY) and inert activated carbon (AC) to know the effect of different acidic density and pore size on the conversion of polyaromatic hydrocarbon into fine chemicals and fuels. These results revealed that the MoP/Hbeta having the highest pore size and strong acidity cause deep cracking and are highly selective to low carbon fuels. The selectivity to ring opening product decrease by decreasing the acid density. Lowest cracking and high selectivity to tetralin were found on the MoP/AC due to the weak acidity, microporous structure, and low reduction temperature which don’t allow the reactant feed to react effectively to the catalyst surface. It was concluded that the coal and coal tar aromatics can be converted selectively to various chemicals and fuels by selecting the optimum metal phosphide supported on zeolites having appropriate acidity and porous structure.