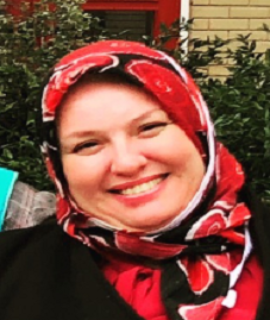 In this study, SiC loaded copper particles (Cu-SiC) thin films were elaborated, characterized and studied for photoelectrochemical (PEC) reduction of CO2 into methanol under visible light (λ > 470 nm) irradiation. The SiC thin films were deposited via sputtering method followed by a vacuum evaporated of Cu particles on the surface of SiC thin films. photocathode characterization was done by Scanning electron microscopy (SEM), UV-vis absorption spectra, and VMP3 station. Linear sweep voltammetry (LSV) was employed to evaluate the photocatalytic activity of the prepared photocathode under visible light (λ>420 nm) irradiation for CO2 reduction reactions. SEM results indicated that the Cu particles were well dispersed on the SiC thin film surface. The band gap energy of the Cu-SiC catalyst was 1.8 eV. The flat band potential was calculated using the Butler relation and was found at ?-0.46 V vs Ag/AgCl. During LSV, the onset potential was shifted positively (~100 mV) under the light-on condition than the dark condition in CO2 saturated solution suggests an increase in photocurrent and occurrence CO2 photoreduction reaction. The PEC performance of Cu-SiC photocathod showed an increased methanol formation under visible light irradiation.

Presentation Highlights:
•    Converting CO2 into useful product using photoelectrochemical process and semiconductor thin films as a photocathode is a meaningful way to reduce the CO2 in the atmosphere.
•    Loading Cu on SiC reduced the band gap and hence increased visible light absorption by shifting the bang-gap of commercial SiC into a new band gap of Cu-SiC.
•    This study can help researcher and students which work on the catalytic reduction of CO2. This research once published could serve as a course for those aiming to investigate thin films as a visible light responsive catalyst and expanding their research or teaching.
•    This research can bring together researchers, industrialists and policymakers from across disciplines to further the use of CO2 as feedstock for the manufacture of chemicals, minerals and fuels. Realization of these aims will help society to take a more environmentally sound approach to chemical production.

Dr. Kaci studied Chemistry at the Faculty of Chemistry, USTHB University, Algeria. She obtained her Magister in 2004. She started to work at CRTSE (ex UDTS) in 2004 until now as researcher in the team of Dr Keffous. She registered to Doctorat in 2009 which was supervised by Prof. Trari. She received her PhD degree in 2014 at the same Faculty. After two years postdoctoral she obtained the position of a Senior Researcher at the CRTSE. She has more than 20 research articles in SCI(E) journals. She is now Director of Thin Films Surface and Interfaces Division at CRTSE.