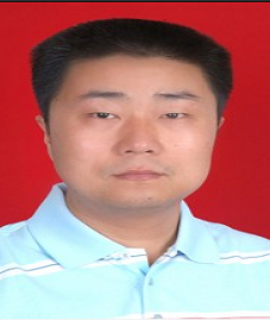 Dry reforming of methane (DRM) is one of the most effective ways to convert greenhouse gases including methane and carbon dioxide into hydrogen/syngas. Due to the unique advantages such as economic feasibility and high activity of Ni-based catalyst, it has been widely employed in the reforming reaction in the past decades. However, Ni-based catalysts have several shortcomings including carbon deposition and thermal sintering, which tended to hinder its industrial application. In this work, ruthenium is introduced in the Ni/Al2O3-CeO2 catalyst to overcome these defects effectively. Compared with conventional impregnation method, the sol-gel method is used to prepare Ni-xRu /Al2O3-CeO2 which can enhance both activity and stability of the expected catalysts. Different ratios of Ru to Ni are investigated to validate the catalytic activity and coke formation for the prepared catalysts and Ni-0.3% Ru/Al2O3−CeO2 is confirmed to own the top catalytic performances. Under the space velocity (27000 mL?gcat-1?h-1) and reaction temperature (1073 K), the CH4 and CO2 conversions of 0.3% Ru promoted Ni-based catalysts could reach 90% and 96% respectively, which are 10% and 6% higher than Ni/Al2O3-CeO2 catalyst. The XRD and SEM results show that the Ru addition can increase the interactions between active components and supports; meanwhile the Ru doping can decrease the Ni particle size and uniform the active metals, leading to the large specific surface area of catalysts. The H2-TPR characterization indicates that Ni-0.3%Ru/Al2O3-CeO2 possesses stronger reducibility and more nickel active sites than Ni/Al2O3-CeO2. Although TEM and TG illustrate that Ru doped catalyst samples perform invisible morphology change of the deposited carbon, the Ni-0.3%Ru/Al2O3-CeO2 with Ru addition can improve the anti-coking ability significantly, which is bound to have a promising application in the future.

Dr. Yuqi Wang studied Chemical Enigeering and got his BS and MS at Northwest University (China). In 2006, he received his Doctor’s degree from Xi’an Jiaotong University (China). In 2009, he was awarded China Young Backbone Teacher Scholarship and worked as a research scholar in Low Carbon Green Technology Laboratory, University of Nevada (Reno). He has been engaged in research fields including catalytic reaction engineering, chemical engineering and hydrogen energy for over 20 years. He has undertaken over 30 research projects and published 110 academic papers, authorized 20 China invention patents, and he was awarded 22 teaching and scientific research prizes.