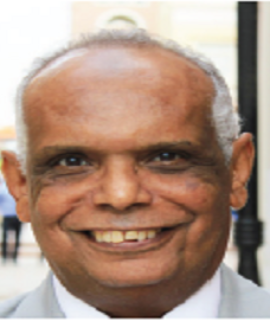 Transition metal nanoparticles have been widely investigated as a potentially advanced pathway in catalysis field due to their distinctive properties. The precise optimization through controlling the particle size is one of the key factors to obtain unique physical and chemical properties. Recently, Copper based nanoparticles have a huge impact in the field of catalysis research as they have been tested in several major reactions such as Suzuki-Miyaura cross–coupling.
The previously mentioned research studies have revealed the high catalytic activity of metallic and bimetallic nanoparticles through using copper oxide as an ideal support in C-C cross-coupling reactions which are considered as one of the most relevant processes in Organic Synthesis. The importance of those kinds of nanomaterials are not only because they are covering the research area of cross-coupling reactions which are widely used in several strategic industries like cosmetic, pharmacy, agriculture, and natural products; but also as they cover other potential applications in sensors, catalysis and energy conversion.
It is important to notice that there is also a main advantage of using copper oxide as a support as it significantly increase the surface area of the active ingredient of the used catalyst, hence causing a huge enhancement of the contact between reactants and catalyst to be nearly like that of the homogeneous catalysts. This also led to some innovative ideas regarding the use of nano-catalysis for green chemistry development including the possibility of using the concept of microwave assisted synthesis combined with nano-catalysis.
In this manuscript, we report on a green efficient method to prepare highly active Pd nanoparticles supported on copper oxide as a highly efficient catalyst for potential use in Suzuki cross–coupling.

Prof. Shahir Sadek earned his B.Sc. in Chemical Engineering in 1971 from Military Technical College (MTC), followed by minimum CSc. in 1977 from Brno Academy (VAAZ) , CSSR. Prof. Shahir earned his Ph.D. in June 1981 from the University of Orsay, Paris, France, in Organic chemistry.  He worked as a lecturer, associate professor and professor in the Chemical Engineering Branch at the Military Technical College in Egypt from 1981 to 1996.  Prof. Shahir led the chemical Engineering Department in Higher Technological Institute, 10th of Ramadan City (HTI) from 1996 to 2004. In September 2004, He worked as Associate Dean for October branch of HTI, Associate Dean for Education & student affairs in HTI, and as Dean of HTI till October 2012. In September 2013 Prof. Shahir Joined the British University in Egypt as Head of Chemical Engineering and Vice Dean for research, postgraduate studies and Community Services till now.