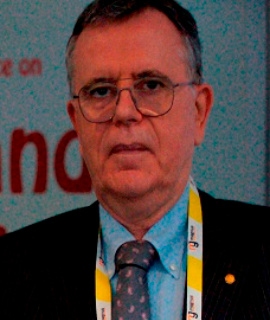 Title : Hydrogen from clean biogas. A proof of concept of integrated process

The steam reforming (SR) of natural gas plays a key role in the production of syngas (CO + H2) or H2, widely used to produce chemicals, fuels or energy. However, the depletion of fossil fuels and the increasing environmental constrains, have in the last decades prompted the attention towards renewable fuels. The main candidate to replace the natural gas (NG) is the biogas obtained by anaerobic fermentation of organic wastes or not edible biomass that, after removal of  most pollutant compounds, is a mixture of CH4 and CO2 (clean biogas or CB) in variable amounts (35-50 vol.%) [1]. Currently CB is used to produce energy in cogeneration plants or biomethane (by CO2 SWAP) to be introduced in the NG distribution grid. The Dry Reforming (DR) may potentially convert both CH4 and  CO2, although the many drawbacks (high reaction temperature and catalyst deactivation) limit its commercialization. Steam Reforming (SR)  is an attractive option, although the CO2 fraction is barely converted in presence of   high steam contents, decreasing the overall productivity. A promising upgrading is represented by the combined S/DR process, in which by controlling the amount of steam fed it is possible to limit catalyst deactivation and obtain syngas directly suitable for downstream applications as hydrocarbon or methanol synthesis. The syngas may be further upgraded through the Water Gas Shift (WGS) reaction, that allows to tune the H2/CO ratio or to improve the H2 production, developing an integrated process. Aim of  this work was to proof this idea by developing new Ni-based catalysts and Cu-based catalysts, prepared by controlled calcination of hydrotalcite-type (HT) precursors, to be investigated in  S/DR of CB or WGS of the obtained syngas  [2,3]. The catalysts were deeply characterized before and after the tests to collect useful information to improve the performances by tuning catalyst composition and properties.

A  Ni-Mg-Al (Ni 10 wt.%) was used as benchmark evidencing a low activity together with a fast deactivation due to carbon formation and/or Ni0 reoxidation. The addition of very small amounts of Rh gave rise to a significant increase of activity and stability with time-on-stream, regardless of the reaction conditions adopted (Fig, 1). The H2/CO molar ratio of the outlet stream was between 1.2-2.7 as a function of the temperature and amount of steam fed. Adding a further WGS step at high (HTS) or, better,  medium (MTS) temperature it was possible to  increase the H2-content in the outlet stream, lowering the CO content in the outlet stream  to < 1.2 vol.%. The data collected support the conceptual idea of a process, integrating  S/DR and WGS steps, with a configuration leading to advantages in the energy balance of the process and decreasing the capital and operational expenditures (CAPEX and OPEX).

In 1972, Prof Vaccari graduated in Industrial Chemistry with honors at ALMA MATER STUDIORUM – University of Bologna, were he was Assistant Professor, Associated Professor, from 2002 Full Professor of Industrial Chemistry and from 2006 to 2018 Head of the Department. Awards: 1993 Italian Federation of  Chemical Industries; 1996 Italian Catalysis Group; 2004 Professor HC of the Universitad del Litoral (Arg); 2010 Gold medal “P. Pino” of the Italian Industrial Division;  2011 Chemical Engineering Club; 2018 Silver Plate “G. Fauser” of the of Italian Catalysis Group. He is author of 270 papers, 270 Congress Communications and 20 Patents (16 EU or WO), with H-index = 43 and 11,120 citations. Active in the R&D of new catalytic processes of economic and environmental relevance, he has been Task and/or Team Leader of 7 EU Projects, Coordinator of 2 National Projects, and Team Leader of many National and International Projects in collaboration with Research Institutions or Companies. He is member of the Editorial board of Applied Clay Science and was Guest-Editor of 4 Special Issues of Applied Clay Science, 4 of Catalysis Today and of the book “Natural Conversion V”, Studies in Surface Science and Catalysis, Vol. 119.