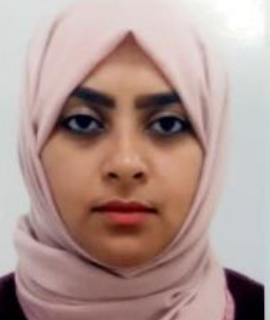 Dimethyl ether (DME) is used as an eco-friendly aerosol propellant and intermediate in the production of chemicals (e.g. olefins and dimethyl sulfate). Recently, DME has attracted interest as a clean fuel alternative to diesel due to its good burning characteristics, low NOx emissions and high cetane number (55–60). DME is produced by dehydration of methanol in the gas phase at 250-360 oC over solid-acid catalysts, typically γ-Al2O3. Here, it was studied the dehydration of methanol to DME over the bulk and SiO2-supported H4SiW12O40 (HSiW) catalysts on at 5-60 wt% loading, prepared by wet impregnation method. Silica was chosen as the support due to its large surface area and weak interaction with HPA. The catalysts were characterized by several techniques such as BET, XRD, FTIR, ICP, TG-DSC and NH3 adsorption microcalorimetry. Dehydration of methanol was studied in a continuous flow fixed-bed reactor with on-line GC analysis described previously in the temperature range of 100-150 oC at 3.8-21.8 kPa methanol partial pressure using N2 as a carrier gas. We observed that the catalyst surface area and pore volume decrease with increasing HSiW loading from 260 m2/g for 5%HPA/SiO2 to 7.8 m2/g for pure HSiW. It was found that methanol conversion increased with increasing the HPA loading, passing a flat maximum between 25-60% HPA loading .This can be explained by increasing the strength of catalyst active sites and decreasing the surface area, which cause the opposite effect on methanol conversion. In addition, the reaction time courses are studied at different methanol partial pressures. These results also show significant catalyst deactivation at a low methanol pressure of 3.83 kPa. With the methanol pressure increasing, a more stable catalyst performance was observed, with practically no deactivation at 16.7 kPa methanol pressure for 24 h on stream.

Rawan AL-Faze is currently a PhD student in Chemistry Department at the University of Liverpool, UK. She has a scholarship holder sponsored by the Government of Kingdom of Saudi Arabia. She completed her BSc degree in Science & Education Chemistry in 2010 from Taibah University, Saudi Arabia. Master degree of Science in physical chemistry was finished in 2014 from Taibah University, Saudi Arabia. Her research interest's center around the study of multifunctional catalysis for the conversion of biomass-derived molecules, such as alcohols, ketones and carboxylic acids, to value-added organic chemicals and transportation fuels, using heterogeneous catalysis.