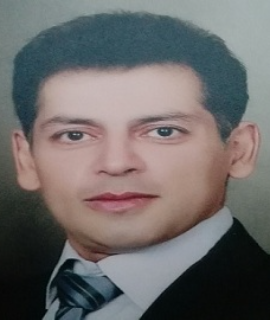 Title : Chemical engineering and the new generation of multi-purpose catalyst test setup with investigation of the catalytic process of MeOH to light olefin

The multi-purpose catalyst test Setup can be employed as a live-maquette of industrial design that allows for the possibility of thermodynamic research (System PVT) and the extraction of basic data for simulation. Parallel form of fixed bed, CSTR and Moving Bed reactors in this plan contribute to understanding and training how to select a reactor, compare performances, determine the impact of different mass transfer resistances and provide a highly efficient kinetics model. Due to the fact that in long-term testing, the researcher may not be available, the system operator may be alone and nobody may have enough mastery to work with the device, online access is needed. On the other hand, the operator's actions and results including ESD, process data change and others will be saved with the details of the hour and user name for higher access level. When a human error occurs, the control system will be alert and gives alarm. Meanwhile, the related routine procedure of problem-solving will be revealed by smart PLC system and managed by it. In case of negligence and ignoring of the red lines, the ESD will be automatically activated. The type and level of danger possibility may activate the third layer of safety. This last layer of safety is programmed by manufacturer and even works without main power and guarantees the safety of working with the system. For example, if for any reason temperature exceeds the allowed range of furnace temperature, Nitrogen flow will be injected to cool the system in the preheated form in an attempt to prevent thermal shock. Then, the temperature will be reduced with a suitable slope to reach the allowed temperature. The control system is custom-made and includes the following defaults:

•    The possibility of changing the reactor size, and volume of catalyst in each test  as well as the creation of extremely accurate isothermal, isobar or adiabatic conditions for each reactor.
•    Control and display of level, flow rate, pressure, temperature and composition at different points of the system (even the temperature of pipelines).
Dilution of the feed with an inert gas to reduce the partial pressure with high precision, activating the catalyst with controlled gas flow and studying catalyst regeneration
•    Dilution of the feed with pure and controlled steam, if necessary, in order to reduce the coke formation at high process temperatures
•    Using intermediate product as a feed for the next part and changing the reactor layout in parallel, series or combination.
GC Online was used to control the composition of feed, mid and end products.
•    Finally, DME production as intermediate with methanol dehydration on parallel fixed-bed reactors by gamma-alumina catalyst and light olefins as final production via DME dehydration by Laboratory SAPO catalyst with fixed-bed and series reactors was studied at adiabatic state by recent catalyst test setup

Arash-Goshtasbi-Asl was employed as an elite senior researcher at the Iranian Petrochemical Research Center (in 2001) and was selected as the project manager of the methanol demo plant in 2003. Then, he was accepted for basic engineering of first commercial MTP-plant in the world by Lurgi Company, Frankfurt am Main, Germany in 2007. He obtained an invention certificate for the design of a micro-reactor with DFK team in 2010. The experience of collaborating with the HAZOP team, mastering simulation software, publishing a book titled "An Overview on Process Control in Chemical Engineering" and presenting different papers are among his honors.