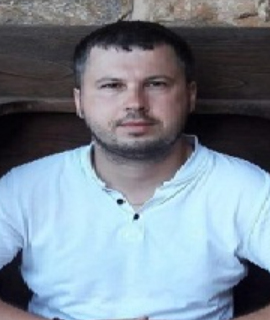 Depolymerision of the lignin, extracted from Mischantus plant, was carried out both over mixed oxides such as (NiRuMgAlO)x, (NiRuAlO)x, (NiAlO)x, (NiMgAlO)x derived from  layered double hydroxides  precursor  and  Ru supported on mesoporous alumina. The insertion of ruthenium in the structure of layered double hydroxides (Ni-(Mg)-Al) led to an increase of the surface area (highlighted by nitrogen physisorption) but also acidity (evidenced by NH3-TPD). Moreover the introduction of Ru by substitution did not influence the parent structure.

If  the XPS characterisation of these materials showed us the oxidation state of the ruthenium, the Ru-O-Ni bond formation was highlighted by Raman spectroscopy, thus the insertion of the Ru into mixed oxides structure led to a decrease of the bands intensities in the ranges 300-400 cm-1 and  900 to 1200 cm-1 ,characteristics of RuO2 as bulk, due to due to dispersion of Ru in the (NiAlO)x network and Ru-O-Ni bond formation.

The hydrogenolysis of lignin was carried out under autoclave conditions and the reaction products were analysed both LDI-TOF-MS and HP-SEC techniques.

An interesting aspect was observed during the recycling test of the catalyst (RuNiAlO)x. Although the ruthenium leaching was not detect upon the reaction, however after the third catalytic cycle a decrease of selectivity in dimers was noticed. This fact was due to sulfur poisoning whereas a sulfuric acid solution was used for the precipitation of the lignin extracted from Mishcantus plant. On the other hand the catalytic activity of this catalyst even after four catalytic cycles is due to the linkage between ruthenium and nickel which reduced the sulfur adsorption on the (RuNiAlO)x but the blocking of the active sites of ruthenium with sulfur led to a decrease of the dimers weight.

Besides the presence of ruthenium, the amount of nickel influenced the catalytic performances in the hydrogenolysis of lignin, increasing slightly with the nickel content. Another factor which led to an increase of the lignin conversion was the acidity, thus the highest degree of lignin depolymerisation (conversion 89%) was carried out over Ru supported on alumina led to but the bimetallic synergism (RuNiAlO)x led to the best selectivity in the dimers production.