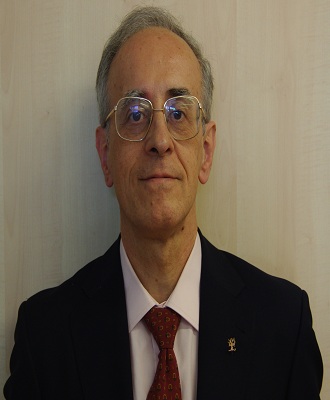 José C. Conesa obtained the MS degrees in Chemistry in 1973 and in Physics in 1974, and the PhD in Chemistry in 1977. In 1979 he entered the scientific staff of CSIC’s Instituto de Catálisis y Petroleoquímica (ICP), where he still works, and became Profesor de Investigación in 2004. He was Deputy Director of ICP from 2010 to 2014 and Director of ICP from 2014 to 2018, belonging now to the ICP Scientific Committee.
His over 190 publications have received over 8800 citations leading to a Hirsch index h=53. He has worked in Organizing and Scientific Committees of international conferences, belonging to one dozen national and international scientific societies and to the Steering Committee of the AMPEA Joint Programme, part of the European organization EERA.
He is expert in the physico-chemistry of catalysts and photoactive solids working in interfacial electron transfer processes. He has worked on strong metal-support interactions and car exhaust catalysts, is active since several decades in studying photocatalysts and photovoltaic materials and works since 15 years on ceria-based catalysts for hydrogen technologies.
He is expert in synthesis of nanosized (photo)catalysts, spectroscopies applied to them (EPR, XPS, IR, UV-Vis-NIR, synchrotron-based ones; some in operando mode), DFT calculations of catalysts and photoactive materials and (photo)catalytic tests.