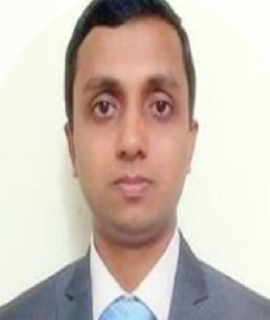 Propene is one of the component present in diesel exhaust and volatile compounds emitted from various sources. The mitigation propene emission can be done by using catalytic oxidation. It is one of the efficient method compared to the other methods. Pt/Al2O3 has been used a commercial catalyst. However, due to the higher cost low hydrothermal stability and low activity at lower temperature non-noble catalyst were preferred for oxidation of propene. Bimetallic catalyst like Cu and Ce supported on Hap could be better and cheaper alternative for complete oxidation of propene.

The active component modification of Cu/HAp catalyst by Ce was prepared by successive deposition and co-precipitation method, and investigated for propene oxidation as model component of diesel engine exhaust and VOC. The Cu0.4/Ce0.1/HAp catalyst prepared by successive deposition showed 50% conversion (T50) at 267 C whereas Cu0.4-Ce0.1/HAp catalyst prepared by coprecipitation method showed T50 at 287 C. Furthermore, Cu and Ce concentration has been optimized using successive deposition method. The catalyst modified with 0.4 mol Cu and 0.1 mol Ce deposited on HAp showed T50 at 267 C, whereas 0.5 mol of Cu deposited on HAp showed T50 at 290 C. All catalysts were characterized by PXRD, BET, Raman, XPS, ATR-FTIR, H2-TPR, FESEM, and HRTEM techniques. The formation of facile CuOx, P-O species with more Ce3+ and adsorbed oxygen were observed in Cu0.4/Ce0.1/HAp catalyst. These species facilitate the low temperature activation of propene and consequently increases the rate of propene oxidation.

Dr. Pavan More studied Msc at University of Pune and complete his PhD at CSIT-NCL, Pune, India in 2015. He then joined institute of Chemical Technology, Mumbai, India as Assistant Professor. He is working on selective oxidation of hydrocarbons into valuable chemicals and complete oxidation of pollutants using catalysts. He has over 15 publications in national and international peer reviewed journals.