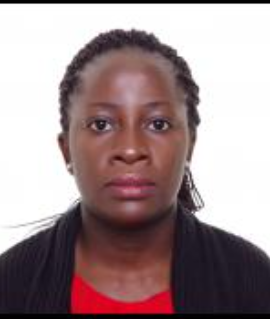 In this study, the esterification of lactic acid with ethanol catalysed by cation-exchange resin catalyst to produced ethyl lactate also known as a petrochemical chemical solvent was carried used in a batch wise mode. The different catalysts used for the esterification process was amberlyst 36, amberlyst 15, dowex 50w8x and amberlyst 15. The surface of the resin catalysts was characterised using different analytical methods including gas chromatography coupled with mass spectrometry, FTIR-ATR, Liquid nitrogen isothermal adsorption method and scanning electron microscopy coupled with energy dispersive x-ray analyser was also used. Langmuir Hinshel wood model was used to describe the component with the most adsorption on the surface of the resin catalysts. The carrier gas used for the analysis of the esterification product was tested with silica membrane before employing the gases for the analysis of the ester product with gas chromatography. The experiment was performed at the gauge pressure range of 0.10 – 1.00 bar at the temperature of 353 K. The EDXA of the membrane support show that the membrane was initially coated with TiO3 and subsequently with SiO2 and ZrO2. The SEM of the support show a crack free surface indicating that membrane was defect free. The different gases tested were helium, nitrogen, argon and carbon dioxide. The gas permeance was found to decrease with an increase in temperature indicating Knudsen flow mechanism of gas transport. From the FTIR result of the resin catalyst, different structural bond were observed on the surface of the spectra of the resin catalysts including C=O, C-H, -O-C=O- and C-O bonds. The BET surface area of the resin catalyst was found to be high after the esterification process. The BJH pore size of the catalyst exhibited a typical type IV isotherm which was in accordance with the mesoporous classification of such material. In conclusion, amberlyst 36 and amberlyst 16 catalyst were found to be stable at higher temperatures and could withstand the effect of higher concentration of the reactant solvents.

Edidiong Okon is a Doctoral researcher/Research assistant at the School of Engineering, Robert Gordon University, Aberdeen, United Kingdom, having previously obtained her Bachelor and Master of Science degrees in Applied Chemistry and Instrumental Analytical Sciences respectively. She is currently working on ‘’Esterification of Lactic acid with Ethanol using cation-exchange resins impregnated metallic membrane reactor’’. She has previously published and co-authored a number of academic papers in international journals. Her research interests are in the area of heterogeneous catalysis and metallic membrane reactor for ethyl lactate separation. She is a member of various Professional bodies including Royal Society of Chemistry and International Association of Engineers. She has also made several oral/poster conference presentations in the United State of America and United Kingdom.