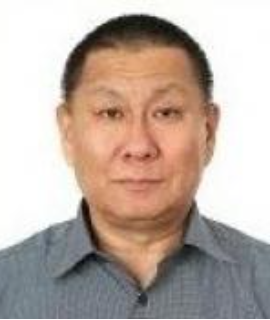 Title : Pt and Pd Clusters Confined in the Bulk of Fiberglass as an Effective Heterogeneous Catalysts

Non-porous fiberglass (FG) textile materials of silicate origin (the BET surface area of ca 0.5 m2/g) are produced for a long time in industry and are widely used as perfect heat and electric insulators. However, these microfiber materials are much less known in catalysis in spite of their obvious advantages, in particular, high thermal stability and improved hydrodynamics. In spite of extremely low metal content (0.01-0.02% wt.), the FG based catalysts showed high performance in many reactions due to their ability to confine highly dispersed transient metals species in the bulk of glass. In this paper we present the NMR and FTIR study of the molecular structure of these glasses as well as the features of Pd/FG and Pt/FG catalysts synthesis, size and charge of Pd and Pt clusters and their location obtained by HAADF-STEM, XPS with ion etching, and UV-Vis DRS. Both catalysts were tested in the VOC and CVOC abatement, and in the selective hydrogenation of acetylene in ethylene feedstock, respectively. SSITKA studies with the use of double labelled 13C2H2 and 18O2 molecules allowed us to elucidate the main features of both reaction mechanisms.
The glass structure is characterized by the short range ordering and presents alternating chains of randomly bound silicon-oxygen tetrahedra (dense spaces) with low density spaces where the hydroxyl groups are localized, the ratio between different phases being defined from chemical glass composition. The key stages of FG catalyst synthesis are i) ion exchange of Pt and Pd cations with the strong glass protons; ii) redox treatments to form and to stabilize in the bulk of the glass (at a depth of 10-20 nm) the highly dispersed Pd-, and Pt clusters of 1 nm in size.
The Pd/FG-Al catalyst shows high performance in acetylene hydrogenation, so that a 100% conversion (residual C2H2 concentration ≤3 ppm) is reached at a temperature of ca 70??. At high conversion (99%+) the selectivity is higher compared to commercial bimetallic catalyst due to ability of glass to absorb predominantly the polarizable molecules like acetylene (but not ethylene). Indeed, as follows from the SSITKA study, the ethane as the main by-product is produced mainly from acetylene but not from ethylene in spite of very high ethylene/acetylene ratio.
FG-Zr is a more preferable catalyst support for VOC and CVOC abatement, including dioxins since this material has a higher thermal stability (up to 1000?C). It is remarkable that Pt/FG-Zr reveals a higher activity in the deep oxidation of different volatile hydrocarbons (paraffins, aromatics, ethers etc) as compared with commercial one, although its Pt content is 1-2 orders lower. The isotopic studies with the use of 18O showed the main reason is the formation of more reactive molecular oxygen species. High performance of this catalyst was successfully confirmed on industrial level in the abatement of waste gases from synthetic rubber plant (JSC Nizhnekamskneftekhim, Russia), when the catalyst showed purification efficiency 99%+ for more than 4 years.

Dr. Bal’zhinimaev completed his doctorate at the Boreskov Institute of Catalysis in 1978. Then, he studied successfully the light olefin epoxidation and SO2 oxidation. Starting from 1991 as a head of research group he performed a number R&D projects related to light paraffins activation, acid catalysis, application of novel materials like glass fiber in oxidative and environmental catalysis. Dr. Bal’zhinimaev was Member of Editorial Board of Green Chemistry, Journal of Natural Gas Chemistry, Journal of Energy Chemistry. He is member of Russian Mendeleev Chemical Society, ACS, Scientific Counsil on Catalysis of Russian Academy of Sciences.