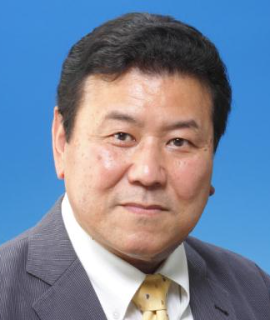 The particulate matters (PMs) emitted from marine diesel engine exhaust during the combustion process have low resistivity and extremely small in the range of 70-120nm. These particles cause a various human health and environment impacts. International standards limiting NOx, SOx, and PM emissions from ships are established through Annex VI of the international convention for the prevention of pollution from ships, otherwise known as MARPOL.
Authors have been developed non-thermal plasma (NTP) reactor for removal of PM emissions from a diesel engine. In the NTP reactor, the air is activated by discharge and produces ozone, oxygen radical and nitrogen radical, consequently the diesel particulates are oxidized under low temperature condition. Diesel PMs combusted by ozone produced in NTP. NO in the flue gas is oxidized to NO2 by ozone and O radical, When the gas temperature is high, the oxidation of PMs by the resulting NO2 using an applicable catalyst.
This research has been developed an after treatment system for removal of diesel PM from the ship exhaust.  The PM was collected by electrostatic precipitator using corona discharge. The NTP reactor had a coaxial double tube structure. The pellets as a catalyst are packed between the inner and outer tubes. The catalysts surfaces depositing the PM were filled into the reactor. PM is taken from the diesel generator was operated with light oil. The catalyst used was NS-1A (Nikki-Universal., LTD.). It is spherical and the diameter is about 4mm. NTP was generated by a high-frequency DBD. In the combustion experiment, plasma was generated in the heater which carried out temperature adjustment. The weight of PM before and after the experiment was measured and combustion efficiency was determined.

Yoshiyasu Ehara received the Ph.D. degree from Musashi Institute of Technology, Tokyo, Japan, in 1996. He is currently a Professor of electrical and electronics engineering with Tokyo City University, Tokyo. From 2002 to 2003, he was a Visiting Academic at the Ford Research Laboratory, Dearborn, MI, USA. His research interests include industrial application of nonthermal plasma and degradation diagnosis technology of the insulation materials in electric power apparatus. Prof. Ehara is a member of the Institute of Electrical Engineers of Japan.