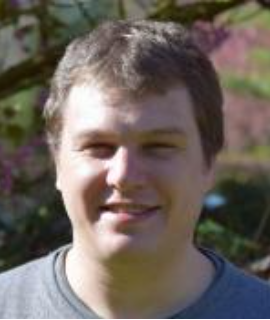 The contamination of ground water with nitrates from highly soluble nitrogen based fertilizers is a major problem. Nitrate and nitrite, which is formed by reduction of nitrate, are toxic to the human body, particularly for infants. Photocatalysis provides a method for removing these nitrates which is simple, when compared to existing methods, and therefore would enable the transfer of the technology to the required point of use, where more complicated technology, such as such as ion-exchange, biodegradation and reverse osmosis may not be available. Previous work has focused on the use of titania (P25) for this photocatalytic reaction, and has shown the beneficial effect of supporting gold nanoparticles on the titania. In this presentation I will focus on optimizing the preparation procedure of various precious metals supported on titania including gold, silver, platinum and palladium. Gold catalysts gave the best selectivity to nitrogen whereas Silver and Platinum showed some selectivity to nitrite. Different preparation methods (incipient wetness, wet impregnation, deposition precipitation and sol-immobilization) were used and the differences in the activity and the characteristics of the formed metal particles will be discussed. Taking an optimized catalyst I will discuss the effect of sieving the catalyst, drying the catalyst, the nature of the gas in the heat treatment, the temperature of this heat treatment and the ramp rate. The most significant factor was the total metal loading of the catalyst, with low loadings of metal found to give the optimum activity. All these catalysts have been characterized by TEM, XRD and XPS and the results of this characterization will be discussed.

Peter Miedziak received his MChem and PhD in Heterogeneous Catalysis from Cardiff University. The focus of his PhD thesis was on the preparation of supported gold and palladium bimetallic catalysts and their application for selective oxidation reactions. He has remained in Cardiff as a post-doctoral researcher working on biomass valorization and subsequently working for the U.K. Catalysis Hub, as part of the environmental theme, focused on photocatalysis. He has co-authored over 60 publications with a h-index of 17.