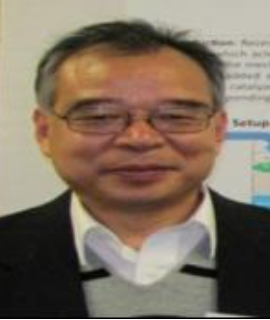 Title : Isotope tracer studies on the mechanism of Fischer-Tropsch synthesis: its impacts on selective catalysts developments, geoscience, planetary studies and the origin of hydrocarbons on the Earth

The Fischer–Tropsch (FT) reaction is a non-selective process in which CO and H2 are converted to fuels and chemicals such as n-alkanes, 1-alkenes, 2-alkenes and oxygenates as well as branched hydrocarbons. The commercial importance of this reaction is that it provides a route for the production of liquid fuel from coal or biomass via gasification to CO  and H2. With the prospect of oil supplies drying up completely in the foreseeable future and the environmental concern in desiring to have a renewable energy source, there is a great revival of interest in FT reactions. Furthermore, the theoretical significance of FTS is that it is invoked to explain the formation of abiogenic hydrocarbons in the Earth’s crust, precursors of life essential building blocks, and organic matters in the solar nebula. Therefore, studying the mechanism of FT reactions is of importance both commercially and fundamentally. However, nearly 100 years of studies show that it is a challenge to propose a mechanism that can explain formation of all FT products. We conducted H2/D2 switching and competition FT reactions catalyzed by cobalt, iron, and ruthenium catalysts and found that all of these FT reactions showed an inverse isotope effect, the deuterium enrichments in hydrocarbons produced by these reactions, and the deuterium enrichment is a function of carbon number. These results led us to propose an alkylidene mechanism for FT reactions. By this mechanism, the carbon-carbon bond formation is through the coupling of monomer M≡CH with the growing chain (M=CHR), which will show the inverse isotope effect since the sp2 carbon of the growing chain will be changed to sp3 hybridized carbon. This mechanism also can explain the deuterium enrichment and the enrichment is a function of the carbon number of a hydrocarbon. This mechanism predicts that if hydrocarbons were produced through a FT-like reaction, deuterium enrichments in these hydrocarbons should be observed and the enrichments would increase as the carbon number increases.

After obtained his PhD from the University of Kentucky, he worked as a senior scientist at the Center for Applied Energy Research (CAER) of University of Kentucky for 14 years. Then he moved to Eastern Kentucky University as an associate Professor. His current research includes mechanistic studies of catalytic and organic reactions using isotope tracer techniques. His focus are on Fischer Tropsch synthesis, and bio-fuel related reactions.