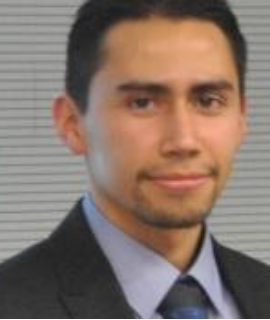 Fischer-Tropsch Synthesis (FTS) is considered a key process of the XTL technologies (biomass-to-liquid, BTL, gas-to-liquid, GTL, and solid-to-liquid, STL) since through this catalytic reaction, syngas (a mixture of H2 and CO) can be transformed into clean fuels. One of the main challenges in Fischer-Tropsch is the design of highly active catalysts and for this purpose, the particle size of the active phase is probably one of the most relevant parameters for the optimization of the catalyst productivity.

In the present work, the synthesis of well-defined small cobalt nanoparticles and its catalytic evaluation in the Fischer-Topsch synthesis is described. Cobalt nanoparticles in the range of 1.7–7 nm were synthesized in water using sodium borohydride as reducing agent and subsequently immobilized on TiO2. Both colloidal and TiO2 supported NPs were characterized by TEM, XRD, HRTEM, XPS, TGA, ICP techniques and their catalytic performance of the supported catalysts evaluated in the Fischer–Tropsch synthesis. As a general trend, an increase in activity and TOF was observed when the particle size decreased. These results were rationalized by the higher reducibility of the catalysts bearing the smaller nanoparticles. The unconventional stability of these relatively small CoNPs in FTS was attributed to the promoting effect of boron on the stability of the cobalt nanocrystals.

Jorge A. Delgado was born in Bogotá, Colombia in 1987. In 2009, he completed his undergraduate studies in chemistry at the Universidad Nacional de Colombia and subsequently he moved to Spain to conduct postgraduate studies. In 2014, he concluded his PhD thesis at the Universitat Rovira i Virgili in Tarrragona (Spain) which dealt on the development of novel cobalt nanocatalysts for the Fischer-Tropsch synthesis. Since 2015 he has a postdoctoral position at the Centre Tecnologic de la Química (CTQ) working in an industrial project sponsored by Total S.A. His research interests lie in the areas of transition metal nanoparticles for catalytic transformations with particular focus on synthetic fuels and energy technologies.