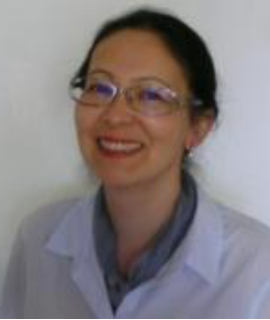 Title : Development of a New Approach to Study of Catalytic Reaction Mechanisms

Earlier, we studied the substituent effects on the activation parameters ?H≠ and ?S≠ for isokinetic series of the transesterification reactions of aryl benzoates with potassium aryloxides in DMF. To explain the obtained results we proposed a new interpretation of the isokinetic effect based on the monotonic dependence of the enthalpic benefit on the entropic cost for electrostatic bonding. According with this interpretation a change from one isokinetic series to another was described as a motion of the transition state in the Tiso and ??H≠ coordinates which can be decomposed into two component vectors, one along the reaction coordinate and one perpendicular to it.
A two-dimensional reaction coordinate diagram, also known as a More O’Ferrall-Jencks diagram, is a tool for identifying changes in the free energy surface of the reacting system being responsible for the motion of the transition state. As a result, a new four-step mechanism was suggested for the transesterification reactions of aryl benzoates.
This approach was successfully applied in the study of the solvent effect on the reactions of 2,4-dinitrophenyl benzoate with potassium aryloxides, too. Moreover, we used it to examine the nature of the base - reagent interaction for the reactions of 2,4-dinitrophenyl benzoates with potassium aryloxides and substituted phenols in the presence of the strong base K2CO3  and the weak base KHCO3 in DMF.
The results of these investigations give hope that the suggested approach can be useful to study the catalyst effect on the free energy surface of the reacting system.