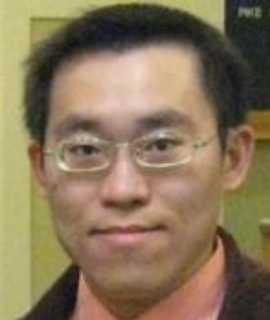 Global climate warming and environment pollution have spurred scientists to develop new high-efficient and environmental-friendly energy technologies. Sunlight is a clean, renewable and abundant energy source on the earth. Its conversion to hydrogen has been considered an ideal solution to counter the depletion and environmental problems of fossil fuels. Hydrogen is an ideal fuel for fuel cell applications. Hydrogen has to be produced from renewable and carbon-free resources using nature energies such as sunlight if one thinks of clean energy and environmental issues. In this regard, a photoelectrochemical cell consisting of semiconductor photoelectrodes that can harvest light and use this energy directly for splitting water is a more promising way for hydrogen generation. Photocatalysis utilizes the energy delivered by light and enables chemical reactions that otherwise cannot take place. When used to power thermodynamically uphill reactions, photocatalysis offers a solution to large-scale solar energy storage. Despite over four decades of intense research, however, photocatalysis remains either too expensive or too inefficient or both. Poor understanding of the mechanisms behind the low performance is a key reason that limits the progress of this important field. To address this critical challenge, and to complement existing efforts focused on discovering new materials for photocatalysis, we present here a series of experiments designed to elucidate the working principles of photocatalysis. First, we compared two co-catalyst systems, one heterogeneous and one homogeneous and found that they improve the performance of the photocatalyst by fundamentally different mechanisms. Next, we established a quantitative correlation between surface treatment and charge transfer kinetics. Lastly, we employed synchrotron X-ray spectroscopy to provide a complete picture of surface energy evolution as a function of water splitting history. The key value generated by this body of research lies in the fundamental understanding of the thermodynamics and kinetics of the photocatalyst/electrolyte interface, which is expected to serve as a foundation for future research on photocatalysis.

I received my PhD degree from Materials Science and Engineering at National Chiao-Tung University, Taiwan, in 2010. After graduation, I became a Postdoctoral Fellow in Institute of Atomic and Molecular Science at Academia Sinica, Taiwan, in 2011. Thereafter, I joined Dr. Jeffrey T. Miller’s group in Chemical Sciences and Engineering Division at Argonne National Laboratory, United States, as a postdoctoral researcher from 2012 to 2013. Currently, I am the assistant research scientist in National Synchrotron Radiation Research Center, Taiwan. My major research is focused on the field of energy conversion and storage application.