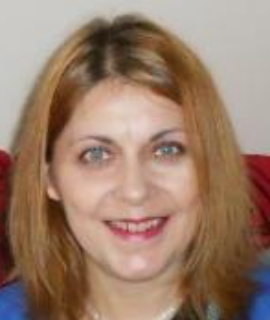 Ozone depletion is closely related to HNO3, H2SO4, HCl and H2O particles that form Polar Stratospheric Clouds (PSCs) over polar areas in the winter1-3. Surface–catalyzed reactions on PSCs particles generate chlorine compounds that photolyze readily to yield chlorine radicals that react with HNO3. The stratospheric H2SO4/H2O aerosols absorb amounts of HNO3 hydrates that grow to form the PSCs by condensation at several degrees above of the ice frost point2. Heterogeneous atmospheric reactions have been experimentally studied at photochemistry level for different atmospheric compounds —organic and inorganic species— that taking part in aerosols as free radicals yielded by UV radiation in the Atmosphere4.

Some heterogeneous reactions among these strong acids compounds were theoretically assessed by means of Density Functional Theory (DFT) to evaluate what type of dimers, trimers and hydrates are created among them with optimized geometries at different levels of theory5-8. Initially, the optimization calculations of dimers geometries was the first step as precursors the trimer structures. The pairing was between HCl, HNO3 and H2SO4 with H2O molecule to obtain the nuclei for trimers aggregates. Later, these structures were solvated by one H2O molecule in pairs performed by HNO3/H2SO4, HCl/HNO3 and HCl/HNO3. The high atmospheric interest of these aggregates incited that the thermochemistry was evaluated at different stratospheric temperatures as 188K, 195K, 210 K and 298 K, to know their relative stabilities among them when decrease along the altitude.

After these calculations, the optimized structures were achieved for heterogeneous nucleation reactions suggested, as HCl/HNO3/H2SO4, HCl/H2SO4/HNO3, even for reactions formed with HNO3/H2SO4/H2O and H2O/HNO3/H2SO4 that are known experimentally as Supercooled Ternary Solution (STS). These aggregates were penta-hydrated to develop the optimization of their pentahydrates at mentioned temperatures. The results accomplished to respect their optimized structures are in agreement with experimental data because generated spherical and pentagonal geometries —like in crystallizations of particles in PSCs— being a potential precursors of nucleation of the atmospheric aggregates.

The B3LYP hybrid method and aug-cc-pVTZ was the level of theory selected to develop the optimizations for all candidate structures after calibrate different methods by mean of Gaussian 09 program package.