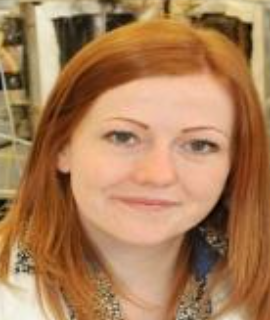 The field of gold catalysis has expanded rapidly since its inception in the early 1980s, when independently Professors Hutchings and Haruta demonstrated that subdivided nanoscale gold can be successfully utilised as a highly effective catalyst for the hydrochlorination of acetylene and CO oxidation. Over the last decade, it has been demonstrated by a number of research groups that the addition of Pd into Au catalysts can increase the activity of a catalyst, whilst maintaining the high selectivity achieved when using Au based catalysts. My research focuses on the development of novel AuPd nanoalloy catalysts, achieving high levels of control for particle size, shape and composition. These catalysts show exceptional activity for a number of industrially important catalytic reactions including alcohol oxidation and the direct synthesis of hydrogen peroxide.

Jennifer Edwards is a senior research fellow in the Cardiff Catalysis Institute, based in the School of Chemistry at Cardiff University. She has published over 90 papers and patents, and has a particular interest in the design and application of precious metal catalysts. Her efforts in the field have been recognized by the International precious metal institute (Carol Tyler award 2011) and the German Catalysis network Unicat (Clara Immerwahr award 2013). She was a finalist in the Science category for the Women of the Future awards in 2015.