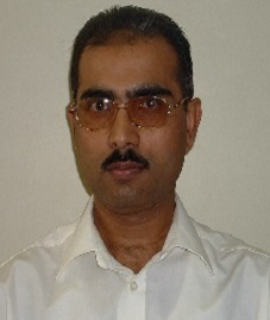 Dr. Muhammad Naseem Akhtar is a Research Scientist-I/Associate Professor at the Center for Refining and Petrochemicals of the Research Institute, King Fahd University of Petroleum and Minerals (KFUPM), Dhahran, Saudi Arabia. He received his Ph.D. degree in Chemistry in 1996 from KFUPM, Dhahran, Saudi Arabia, and his M.Phil. and M.Sc. degrees in Chemistry from Quaid-E-Azam University, Islamabad, Pakistan in 1990 and 1987, respectively.  He is a member of American Chemical Society, Saudi Arabian International Chemical Sciences Chapter of the American Chemical Society, and Saudi Arabian Section of American Institute of Chemical Engineers.
Dr. Akhtar has been active in research for almost two decades. His contributions in the field of petrochemicals are of great significance which addresses the developing technologies for polyolefin catalysis and conversion of low-value petroleum derived feedstocks into high-value petrochemicals products.
Dr. Akhtar has been actively involved in several projects related to the petrochemicals for local and international clients.
Dr. Akhtar has published several patents and international refereed journal papers in reputable journals and has participated in national/international conference in the area of petrochemicals, catalysis, and polyolefin. His research work has been widely cited in scientific literature and technical reports.

Title : Catalytic performance of galloaluminosilicates in aromatization of lower alkanes: A comparative study with Ga/HZSM-5