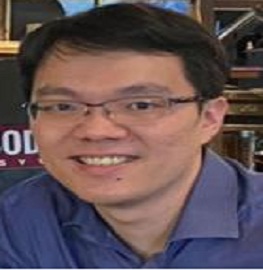 Fischer-Tropsch synthesis (FTS) converts synthesis gas, a mixture of CO and H2, into various hydrocarbon products. Co catalysts are supported on various inert materials to increase their dispersion. They are preferred for FTS because of their good hydrocarbon selectivity, high CO conversion, and low water gas shift activity. Natural gas and gasification of coal is traditionally the preferred route for FTS to produce high quality hydrocarbons. However, with increasing environmental regulations, feedstocks obtained via gasification of biomass appears to be an excellent alternative for FTS. This shift towards sustainability and more carbon neutral processes is desirable for producing various hydrocarbons deemed essential for human civilisation.

Nevertheless, supported Co catalysts are known to deactivate under realistic FTS conditions, and it is hence desirable to improve the stability of Co catalysts. A number of deactivation mechanisms have been investigated and proposed, including sintering and oxidation of the metallic Co catalyst by product water. Nevertheless, the work of Tan et al in Journal of Catalysis showed that carbidic and graphitic coke can deactivate Co catalyst under realistic conditions. To improve the resiliency of Co catalyst towards carbon deposition, Tan et al used promoted Co catalyst with boron. Their study elucidated how boron doping can enhance Co catalyst against carbon deposition in the Journal of Catalysis, both from molecular modelling and reactor studies.

In this oral presentation, the relative stability of various forms of deposited carbon and the effect of boron on the carbon deposition mechanism will be discussed using periodic Density Functional Theory (DFT-PBE). To confirm the first principles based predictions, a series of Co catalyst promoted with various concentrations of boron were synthesized, characterized and tested in a fixed bed reactor under realistic FTS conditions.

Adrian Tan is presently the Senior Engineering Project Manager at Roc Oil. He serves in Curtin University as Adjunct Professor and has a parallel appointment to PETRONAS University of Technology as Advisor. He read his PhD in NUS, Singapore majoring in Fischer-Tropsch Synthesis under the guidance of Prof. Mark Saeys from the University of Ghent, Belgium and Dr Armando Borgna from ICES, Singapore. Prior to his PhD, Adrian completed his MSc in Biomolecular Engineering through a joint MIT and Singapore initiative. Adrian is also a practicing engineer and holds a Fellow status with IChemE, UK.