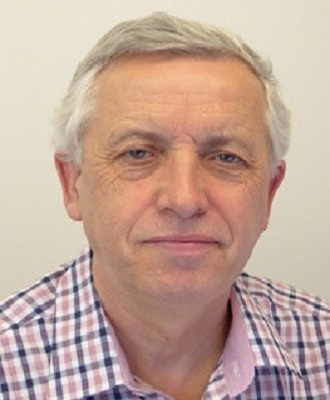 Title : Design of metal-single site zeolite catalysts and their application in selective catalytic reduction of NO and oxidative dehydrogenation of propane

Abstract: The metal ions well dispersed at the zeolite framework are considered to be active sites of different catalytic processes. Therefore, the incorporation of these metals into zeolites as isolated tetrahedral sites appears to be an important task. We have shown that the incorporation of transition metal ions into vacant T-atom sites of framework zeolite is strongly favored when, in the first step, zeolite is dealuminated by treatment with nitric acid solution and then, in the second step, the incorporation of transition metal ions results in the reaction between the cationic metal species of the precursor solution and the SiO-H groups of vacant T-atom sites created by dealumination of zeolite.

During my plenary talk, the design of metal-single site zeolites will be described and characterized by different physical techniques both at the macroscopic (XRD, BET, TPR, TEM) and molecular level (FT-IR, NMR, DR UV-Vis, XPS, EPR, XAFS). The application of metal-single site zeolites in selective catalytic reduction of NOx to N2 and oxidative dehydrogenation of propane into propene will be discussed.

This two-step post synthesis method applied in this work allowed obtaining metal-single site zeolite catalysts active in both mentioned processes. Their catalytic activity strongly depended on the speciation and amount of metal incorporated into zeolite structure as well as their acidity.

Professor Stanislaw Dzwigaj received his Ph.D. degree in 1982 in Jerzy Haber Institute of Catalysis and Surface Chemistry, Krakow (Poland). After two years of postdoctoral stay at the Laboratoire de Réactivité de Surface Université P. et M. Curie (Paris), he obtained in 1990 a position of contracted researcher in the same Laboratory devoted to surface reactivity in relation to catalysis phenomena. Then, in 2008 he obtained a permanent position in CNRS as a researcher. On February 19, 2014, for outstanding scientific achievements he received the title of professor.  His published work includes more than 160 papers published in reputable international journals.