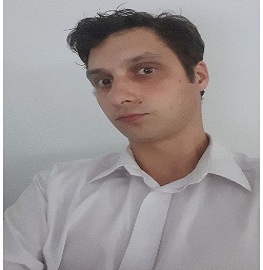 Title : Biocatalysis in search of effective anticancer agents – A novel sugar esters based on polyhydroxyalkanoate monomers

Bacterial polyhydroxyalkanoates (PHA) are natural polyesters synthetized in unfavorable environmental conditions to store and reuse carbon source inside a microbial cell.  They are also a rich source of valuable intermediates that can be chemically modified in numerous ways and used in biocatalytic reactions. This is possible due to the 3-R-hydroxyl and carboxyl groups of the PHA monomers. One example of such use is a synthesis of fatty acid sugar esters (SFAE) catalyzed by fungal immobilized lipases (e.g. Canadida anctrctica lipase B - CalB, Thermomyces lanuginosa) in anhydrous conditions. Since the 1970s, scientists have demonstrated anticancer properties of SFAE  and continuously investigate how modifications of the hydrophobic component affect cancer cells and enhance their therapeutic potential. However, no other group used PHA monomers as such component so far.

During the presentation I will bring the audience closer not only to cancer statistics but also need to search for novel anticancer agents and therapies. A process of synthesis, obtainment and manufacturing of PHA polymers in order to produce hydroxyacids will also be described. I will show possibility of introducing trifluoroethyl groups into PHA monomer molecules selectively. Further, I will explain how these modified and unmodified PHA monomers are used for the synthesis of sugar esters using immobilized lipases, and what molecules have cytotoxic properties against Du145 prostate cancer cells and HTB140 skin melanoma. I will discuss why these molecules are interesting in search of new anti-cancer therapies and their prospective application to enhance the effectiveness of other therapies.